I feel like I am taking part in a medical experiment... 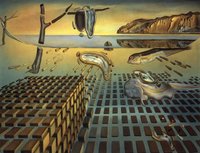 Those who have been talking with me outside the blog know that I have been hit this month with case after case after case of malidy seemingly one right after the other. It started with a sinus cold, turned into a cough, wound up with a coldsore, then got a stomach thing, and now I've got a mouth full of canker sores. The way I look at it is that all of these things I usually get inside a typical year, and being in a new climate with new germs and microflora, it's not all that surprising that I'm spending my first month effectively ill.

The hardest thing to sort of "cope" with is trying to find remedies to all these problems. Back home I am a compulsive label reader when it comes to off the shelf medicine. I know the difference between tylenol (acetaminophen), advil (ibuprofein), and asprin (acetasalicylic acid). I know that dextromethorpin is for coughs (though not very effective in my experience), pseudoephedrine is for congestion, and that night time cold medicine usually has some form of antihistamine to aid with sleep. All of these things are quite readily available in Canada, without so much as a second glance from your local pharmacist.

Here, I've been falling back on my label reading habits to make sense of the myriad of strange brands and potions used to relieve my various ailments. Here, "tylenol" isn't around, but medications containing paracetamol are effectively tylenol - paracetamol just being a different name for acetaminophen... exact same stuff. Once I had that down, I felt a little better. Here, Sudafed wutg pseudoephedrine is OTC only, with the off the shelf version being the far more inferior phenylephrine hydrochloride - seriously, this stuff doesn't stand a chance against the type of blockages my sinuses are subject to.

Finally, we come to the combo cold meds... those day time and night time caplets which make life with a cold so much easier. Here, they are much the same as in Canada. Some acetaminophen for your aches and pains, some pseudoephedrine for your clogged up sinuses, and a little antihistamine to knock you out at night. Much the same save for the active cough ingredient - pholcodine. Pholcodine is possibly the most effective cough suppressant that I've used... but it is part of the codine family, which is an opiate, so makes you feel pretty druggy. So it's "take it and go lay down" type of cold meds... but when you're coughing your brains out it does the trick. Keep in mind this is available OTC, when in Canada pholcodine is generally prescription only.

Now we go from the strange to the rediculous. Anyone who knows me knows that when I get cankers, or mouth ulcers, I get them bad. Sore ones which make eating an absolute trial. Probably the best remedy I have for them is dabbing a little hydrogen peroxide (the kind you can get off the shelf in Canada... hear that... OFF THE SHELF) on them. It hurts like a bitch, but it speeds the healing time quite alot. Swishing with lots of Listerine and salt water also keeps things moving along quite nicely. The other day I went out to find some peroxide, but couldn't find any. So I wound up buying TCP, which says it's for mouth ulcers. It's an antiseptic, but smells like the inside of a hospital. So when you swab it in your mouth, your breath then smells like a hospital as well. It's gross and, while it did relieve them in a small way, didn't relieve them enough to be at all worth it. So today I thought I'd ask someone at the pharmacy where I can find hydrogen peroxide. She tells me it's over the counter. I'm like, okay, odd. I go ask over the counter and I get the oddest look from the lady (such an odd look that my flatmate sort of stepped away from me for a minute) and then was told, quite curtly, "We don't do that here." Right, you're willing to sell opiates OTC, and not 1% hydrogen peroxide to swab on my bloody mouth ulcers.

The only thing we can figure is that my flatmate had just bought some OTC Sudafed (you know, the kind that actually works, with pseudoephedrine) for her bad sinus congestion, and both pseudoephedrine and hydrogen peroxide are used in meth production. But do I really look like someone who is making meth in my spare time? I was seriously waiting for the police to descend on me right there in boots. I half think they logged the time so that they would know which frame on the CCTV recording to look at if they busted my "lab". What a surreal experience.

Honestly, every time I walk into the chemist I feel like I'm involved in some strange socio-medical experiment. >.<
Posted by Erin at 9:39 AM
Labels: Scotland 2006-2007

Jeez, I hope you feel better. Hopefully you'll get all this out of your system now and the rest of you stay will be illness free.

I'd mail you some, but then the cops would probably descend on us both.

Oh, you poor wee soul !!!! I know exactly what you're going through. Been there, done that, quite a few times over there. I remember sitting in a shopping centre outside London and really thinking I'd have to go to hospital. I wanted to go to a doctor, but my relatives laughed at me! I got some of that "Lem-sip" stuff (sort of like Nytol) that I drank at night and that helped a bit. It gets confusing with mixing meds. Soaking in a hot bath and keeping warm helped.

I do so hope these bugs leave you soon. I hope you've got a few fleece-lined jackets or sweaters, or a good thick track suit - hot water bottle or heating pad.

So sorry to hear you are under the weather. Take heed as there are many of us here in Minden that are suffering colds here now too. Weather here is lousy. As I sit and write this it is raining cats and dogs.