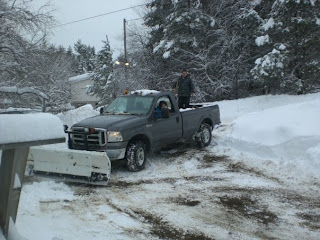 There was an interesting debate on The Agenda last week... or rather what might have shaped up to be an interesting debate... on sustainable living. Specifically, which of urban, suburban, or rural living were the most sustainable. I began watching with interest, thinking that I might get some food for thought, and some preconceptions (being a country girl living in the city) challenged. For instance, I know that I walk way more in the city than I do in the country. Why? Generally in the country I'm not leaving the house for much, when I am it's usually something I need a car to carry (kitty litter, groceries for 5), or I'm driving to the next town over. In the city, I'm only shopping for myself so I can carry everything I need while walking, I take public transit which does not always drop me off right at my door, and if I can walk it in a shorter amount of time it takes me to wait for the bus, I do. So, I was expecting this kind of stuff to be addressed in the debate.

Steve Paikin had a rather large and unwieldy panel, consisting of planning experts, architects, and consultants - but only one of them was an expert in rural planning. The rest were very much on one side or the other of the urban/suburban fence. So early on in the episode, I figured that this was going to be a focus of the debate - alright, compact urban vs. suburban sprawl is an interesting topic in itself. My dismay came when Paikin finally did come around to the rural planning expert, Wayne Caldwell, this exchange, bookended with some commentary on urban rural interdependency and rural challenges took place:

(The entire episode can be seen here. This exchange took place around 14:00)

PAIKIN: Wayne, let me just follow up. The assumption would be that obviously many people in rural Ontario... they're taking their garbage to the dump, right? They're just tossing it into an open pit somewhere.
CALDWELL: I would disagree...
PAIKIN: I'm sure. But it does happen... and they probably drive there in a big pickup truck that's pretty smokey out the back too. That view is out there.
CALDWELL: Another stereotype.
PAIKIN: Another stereotype, so help us out here, because I'm sure that view is out there.

Now, I get that Paikin was attempting to use stereotypes to educate (so, sort of ironically). However, given the exchange lasted only around a minute, it was hardly enought time for the obnoxiously loud stereotype to be overtaken by the soft spoken reality. Perhaps I'm underestimating the intelligence of The Agenda's audience... but given the state of current events television today, I'm not inclined to be apologetic about it. I would have liked to see each kind of living get equal billing, dispelling stereotypes, rather than brazenly throwing them around with no particular point made in the end. Not that I want a sugar coated view of rural living... having more of its challenges spelled out and analyzed would have been nice too.

So, rather than become a little more educated about sustainable living, I wound up face to face with a lesson about the urban rural divide. Now, being a country girl living in the city, I can say I certainly prefer rural living. I enjoy the quiet, the more open spaces, the feeling of community, and the low crime rate. But, urban living has its advantages too - more services (healthcare, transportation), more amenities, and more educational opportunities. But I get the feeling that those of us aquainted with both rural and urban living are in the minority - which means that there is a divide in terms of understanding one or the other.

This lack of understanding presents roadblocks for development and cooperation between urban and rural areas. I would argue especially for rural since 85% of people live in urban areas, and only 15% live in rural (StatsCanada, as quoted in the show), and consequently urban areas are more represented by policy makers in Queen's Park and Parliament Hill. In order to remove these roadblocks, people in urban areas need to understand the dynamics and challenges of where many of them play - rural Ontario. At the same time, rural areas need to - and in my experience indeed do this with intermittent success - be the squeaky wheel and show their urban counterparts the merits of sharing some of the pie. After all, the more sustainable we can make the urban playground that is "the country", the more prosperous the whole province can be because one segment isn't leeching off the other.

Misunderstandings can also lead to resentment. Agricultural areas feel as though they are misunderstood, underfunded, and under appreciated - which lead to farmers driving their tractors out onto the 401 in protest. Tourist areas feel inundated by impatient urbanites who bring the busy urban lifestyle to their slower quiet rural vacationland - resulting in altercations in the grocery store. These are two extremes - obviously there are many folks in the middle who appreciate both - but what causes these two extremes? Lack of understanding.

Later on in the episode, Pier Giorgio Di Cicco, urban consultant and Toronto's Poet Laureate, brought up an interesting point about the sustainability of rural living, and in my opinion why it is desirable. He described the public realm as spaces and places in the community where the public gather and interact - though at times he seemed to be also defining that interaction itself as the public realm, which works for me too. He basically posited that the public realm in urban areas is just about dead. People stay within their private dwellings, kids don't play much outside, people don't go out merely for the sake of being sociable, people don't know their neighbours. However, in rural areas the public realm is still alive and well, and people are less insular, neighbors chat, kids play together outside. This, Di Cicco reflects, leads to more spending (read: shopping) in urban areas, and less pocket money spent in rural areas.

I think, though, that Di Cicco missed that there are many small public realms in urban areas in what almost might be considered subcommunities. This isn't surprising, considering that subcommunities may not be geographical, rather based on interests, education, etc. These people do gather - in both public and private places - and interact in a decidedly not-insular way. But this may be irrelevant to Di Cicco's point - because in the city I still find myself shelling out more money than when I'm in the country, and gathering with my classmates is still relatively sporadic. Perhaps we still need the geographical public realm after all.

So, while I started out dismayed at the urban rural divide made so evident by the pickup truck at the dump stereotype, at least the debate winded down with some though provoking commentary on how rural life can actually nourish us as human beings. But, I do hope that as more people flock to more rural climes to retire, or claim their little piece of Ontario's playground, that they try and understand the place to which they are going. Likewise, perhaps more rural folk should spend some time in the city. It could be like job sharing... sort of.
Posted by Erin at 1:04 PM
Labels: MLIS 2009-2010

Erin, my take on Steve is that he frequently speaks in stereotypes which makes me wonder how much he really understands. He is also has a 'liberal' urban bias in favor of government control and intervention. I miss Paula.